Home›#AIinEd›The canary in the coalmine

The canary in the coalmine

I think my post appealing for a middle space of sanity in the debate over AI and education maybe was a little over optimistic.The hype over the ChatGPT chatbot has only increased, and the debate broadened as the newspapers and popular press get involved.

Having said that, at least in my corner of the fediverse, the discussions seem to be more positive, with the publication of a series of guides for teachers on how to incorporate AI in the curriculum and how to encourage the ethical and productive uses of AI for learning.

Of course the fears over the future of assessment continue to multiply. But in truth the education community should have seen this coming - especially those on charge of assessment. There have been plenty ideas on how to make assessment more relevant and used for learning, but with seemingly little impact. Now at least that debate is out in the open.

Its ChatGPT which has attracted all the attention, possibly because of the easy to use interface and the easy-to-read language it generates. But in truth AI is already impacting on all areas of society including education. Donald Clark calls chat AI "the canary in the coalmine" (twitter). I was quoting that to some (younger) friends who did not understand what the phrase means. So - in a short aside, here is the explanation from Wikipedia:

The classic example is the "canary in the coal mine". The idea of placing a warm-blooded animal in a mine to detect carbon monoxide was first proposed by John Scott Haldane in 1895,[2] and canaries were used as early as 1896.[3][4][5][6] Countries such as Britain, the United States, and Canada used canaries as sentinel species.[7] Well into the 20th century, coal miners brought canaries into coal mines as an early-warning signal for toxic gases, primarily carbon monoxide.[8] The birds, being more sensitive, would become sick before the miners, who would then have a chance to escape or put on protective respirators. In some cases, the canaries were kept in cages with dedicated oxygen tanks so the birds could survive after their illness provided a warning.[9] "Canary in the coal mine" is now used as an idiom for a person or thing that warns people of danger

I think the debate is still over dominated by school and higher education. As Harold Jarche says:

Nobody knows how these technologies will continue to develop, be used, and most likely misused. But like many other technologies — spreadsheets, the web, search engines — they will almost certainly have an impact on how we work with each other. At this time we do not need more ChatGPT experts. What we need are people who can see these technologies in the context of human work. We need more ‘what-if’ questions to be asked. What if basic skills are auto-tuned?

If we look at these technologies in the context of human work then for education we have to teach people how to use such technologies. And that does not just apply to apprentices but also to those already in work. Neither should it be just a case of teaching people how to use a machine, the critical issue is how to shape the use of AI in work contexts to provide better work and hopefully increased productivity. This should be central to the future of vocational education and training, as will be the discussions about how we develop and share knowledge.

Yet another issue is that of ethics. But instead of framing it in the ethics of one chatbot or another, the whole debate over the behaviour of large multi nation technology companies and of their role in education needs opening up. 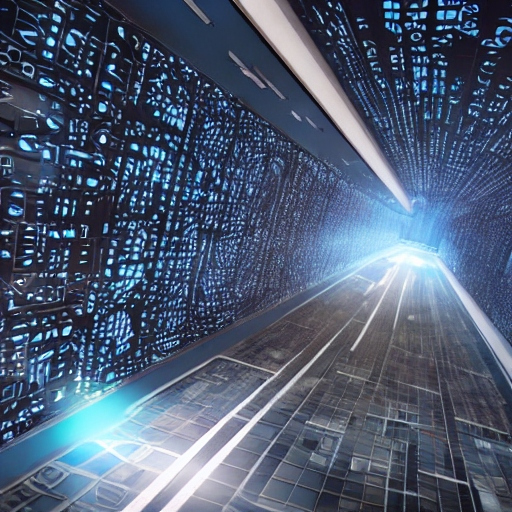 Finding that middle space of sanity