Home›Informal learning›One year from the Learning Layers' final review - Part One: Looking back at the event and the follow-up

One year from the Learning Layers' final review - Part One: Looking back at the event and the follow-up

One year ago we had the pleasure to organise the final review of our EU-funded Learning Layers (LL) project (2012-2016) here in North Germany. The main argument to locate the meeting 'in the field' was that in this way the consortium and the reviewers could get a better impression on the impact of our work on the application partner organisations and their work. Therefore, we had most parts of the review meeting in Verden at the premises of Norddeutsche Zentrum für Nachhaltiges Bauen (NZNB). This centre for ecological construction work had worked as an application partner in the construction pilot of the LL project. Also, in the premises of the NZNB the participants could see the permanent exhibition and attend live demonstrations on working with ecological materials in construction work. The idea, to bring the review to such a location was received well. Also, trainers from the construction industries' training centre Bau-ABC Rostrup could participate and give their contributions on the impact of the project on their work. The pictures below give an impression on the environment and on our tour round the premises. 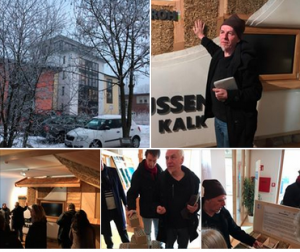 What we (the LL Construction pilot) presented in the review meeting

After the event I wrote several blogs focusing firstly on the preparations and event itself, secondly on our report on the Construction pilot in which our ITB team had played a major role and thirdly on the conclusions from both pilot sectors of the LL project (Construction and Healthcare). At this moment I do not want to repeat what we said and what I wrote at that time. Here you have the links to the blogs of last year:

Final Review of Learning Layers – Part One: The Event and the Arrangements

Final Review of Learning Layers – Part Three: Comparisons between and reflections on the pilot sectors

Altogether, we - reporting from the sectoral pilots - gave a picture of pilot teams working intensively with the application partners in the pilot organisations (in particular with the training centre Bau-ABC and the network for ecological construction work). The development of the digital tools and the mobile learning technologies was driven as a participative process in which the technical partners adjusted their ideas to the contexts and users' potentials. These messages were summarised in two further blogs that I wrote shortly afterwards - to support the final edition of our final 'final report' that we were required to submit in addition to the final reporting on the website "Learning Layers Results".

The Legacy of “Learning Layers” Construction Pilot – Part One: The project experience in a nutshell

In this way we managed to reach a phase in which the Learning Toolbox was a usable tool in different contexts of the construction pilot - and its potentials had been discovered in other application contexts.

By the time of the review meeting we had already reached the phase of preparing and launching follow-up activities. For us - the research team in ITB and the developers of the Learning Toolbox - it was clear that we have to work together with application partners in the construction sector. The introduction of the Learning Toolbox had been started, but it was not a self-mover. Participative design, training interventions, accompanying research and knowledge sharing was needed - both between 'old' partners and 'new' users. Therefore, we started working with several parallel follow-up initiatives that started to take shape gradually. This process can be reconstructed with the help of my blogs that I have written in the year 2017 on different follow-up events:

What comes after “Learning Layers”? – Part One: The follow-up activities are taking shape

What comes after “Learning Layers”? – Part Three: Getting deeper with vocational learning, ‘health and safety’ and digital media

What comes after “Learning Layers”? – Part Four: Further steps with Bau-ABC trainers and ‘health and safety’

These were the blogs that I wrote before the summer holiday break. After the summer holidays my work situation changed slightly and I didn't have a similar possibility to accompany parallel activities. Yet, I could make some notes on the further progress with the activities in North Germany and on the use of Learning Toolbox in conferences.

Working further with the Learning Toolbox (LTB) – Part One: Notes on meetings with application partners

So, as we can see from the long list of blogs, there was all the time something going on. And indeed, the Learning Toolbox was being developed for further contexts and users. Moreover, we - as accompanying researchers - felt the need to work with these initiatives. In particular, we wanted to learn, how the introduction of digital tools into work-related or organisational learning opens new frontiers to be explored. But this is already a topic for a further post. 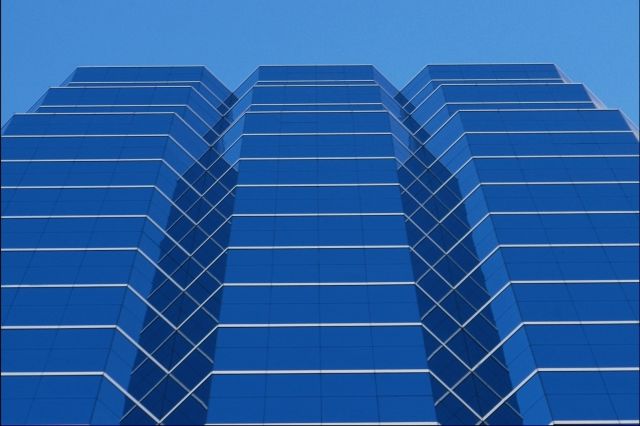