A recent report from the Hans-Böckler 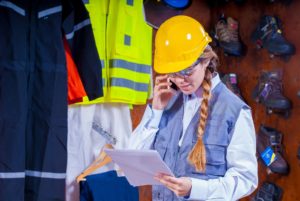 -Stiftung, Let’s Transform Work! by Kerstin Jürgens, Reiner Hoffmann and Christina Schildmann, says that in 2016, in Germany, "for the first time, there were more young people in the dual vocational training system that held the upper secondary school certificate (Abitur) than those with the lower secondary school leaving certificate (Hauptschulabschluss). At the same time, many young people leave school without any qualifications at all. In 2014, this was true of 47,000 youngsters (Caritas 2016 ), which equates to a share of almost 6 per cent. The share is even higher when it comes to vocational qualifications."

The report says the dual vocational training system  is valued internationally as an instrument
for preventing youth unemployment through strengthening companies’ innovative capacities and forging close links between the education and training system and the labour market, Thus.ensuring a successful transition from training into the labour market. However, while there are
no formal barriers to entry into the dual system,access for young people without a school certificate
or with only a lower secondary school certificate is difficult.

I've not had time yet to read the full report (which is 256 pages long!). But it seems to raise some issues for the growing move towards apprenticeship in countries in south Europe, and the European Commission policy of expanding apprenticeship as a measure against youth unemployment.

Spain, where despite much heralded improvements in the economy youth unemployment is still around 37 per cent, is attempting to develop a new apprenticeship system called FP Dual. This is against a background where employers have no real culture of being involved in vocational training and the traditionally school based vocational education and training system has low prestige as opposed to higher education. Yet, according to Sara Gutiérrez from the education section of the UGT trade union and who is concerned that apprentices will be used as cheap labour (see El Diario de la Education), in sectors such as Hospitality and Chemical Laboratories, graduates are increasingly following a FP Dual programme. In a situation with high graduate unemployment and with mainly large companies offering FP Dual it is not hard to see apprenticeship becoming an increasingly attractive post graduate pathway to the labour market. This could be very good news for the credibility and prestige of FP Dual and increase its attractiveness to employers. Yet it also suggests that the 20 or so per cent of early school leavers and the many young people lacking vocational qualifications are like to be excluded from access to apprenticeships. It is hard to see how this contradiction can be overcome, at least in the short term.