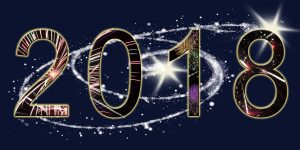 New year, new year’s resolutions (OK a bit belated, but I am just getting going). I have three targets for this year and over the year I will report on my progress.

The first is (rather boringly) to try to do one hours exercise a day. Age and too much good food make it a necessity. So far, my record is patchy. Most days I manage at least half an hours walking and two or three days a week I manage to do an hour. But other days it just does not seem to happen and given I live in Valencia I cannot use the weather as an excuse. I’ve always resisted the Fitbit type devices but I’ve finally been persuaded to try installing am Android pedometer. I am curious whether I will love it or hate it (or, more likely, just forget about it.

Living in Valencia drives me to the second resolution – to learn Spanish. Last year I signed up for a course but gave up after about eight lessons. Basically, the course was following a text book with weekly lessons on Spanish grammar. Not my way of learning. Now I have a new book, called Hacking Spanish, which seems a better way to do things. The difficulty is once more putting aside an hour a day to learn.

Target number three is related to this blog. I have written over 1500 articles on the Wales wide Web spanning more than 10 years. Yet last year I found it harder and harder to commit myself to (electronic) print. There were a few reasons, I think. The main one was that I had a research and writing intensive government contract which I was not allowed to publish without permission. After a long days writing, the idea of blogging about something different was just too much. We also want to relaunch the Pontydysgu web site this year. After ten years the design is looking a little jaded! We have a new design set up and we are beginning to populate the site. More details on this to follow quite soon I hope