Home›education›Wrapping up the ECER 2019 experience - Part One: The opening session of the VETNET network

Wrapping up the ECER 2019 experience - Part One: The opening session of the VETNET network

Once again, the annual European Conference on Educational Research (ECER) - organised by the European Educational Research Association (EERA) - has taken place. This time the venue was the University of Hamburg. The advantage for us working at the University of Bremen was that we didn't have to travel far away. The counter side of the coin was that we were expected to commute between Bremen and Hamburg on daily basis. That cut us off from most of the social events and informal encounters in the evenings. Nevertheless, there was quite a lot to experience and to share with colleagues from all over Europe and beyond Europe. With this series of blog posts I try to cover different sessions in the program of the VETNET network - the research network for the field of vocational education and training (VET) and give some insights into developments in the network. In this first post start with the opening session of the VETNET program. Firstly I need to give some insights into the role of the networks of EERA in organising the conference and of the specific traditions of VETNET.

When the EERA was founded and started organising the ECER conferences on regular basis, the common umbrella was created in two ways. The EERA was shaped as the umbrella organisation of national associations for educational research. For the shaping of the conferences EERA invited the member associations to propose thematic networks that would then be in charge of organising their section in the conference programs. The network for research in vocational education and training (VET) - from the beginning on known as VETNET - was accepted as the Network 2 of EERA. The number of networks grew rapidly and they developed their own patterns to run peer reviews, to organise social events and to disseminate the research in their area of specialisation.

As a contrast to this general picture, the VETNET network has been from the very beginning more than just one of the EERA networks and a small club for organising part of the ECER program. Already in the founding phase there was a sense of building a community of VET researchers under the EERA umbrella. Yet, we were aware that we had somewhat different discipline-based backgrounds and in some countries the institutional commitment to VET was a basis of special disciplinary structures. Therefore, we have also paid attention to openness and mutual learning across the network.

In this spirit the VETNET network has developed a tradition of common Opening sessions - starting from ECER 1999 in Lahti, Finland (initiated by the VETNET program chair Johanna Lasonen). These opening sessions have mostly been keynote speeches by prominent researchers from the host country - with comments by invited discussants. Sometimes they have been panel discussions on critical research issues or on future research agendas. In ECER 2007 the Opening session celebrated the 10 years' milestone of VETNET as an active network (as organiser of its own program). In ECER 2018 in Bolzano/Bozen the opening session got insights into VET development in the host region from different stakeholder perspectives (and from representatives of different lingual communities).

At the VETNET Opening session 2019 the invited speaker was Matthias Havekost, head of vocational training of Airbus commercial in Germany. He had been an active practitioner counterpart of several VET research projects of our institute (ITB, University of Bremen) and familiar with our research approach. From this perspective it was appropriate to invite him to discuss directly with the participants on the role of apprentice training and other training activities at Airbus sites in Germany.

We got a lot of information on the development of apprentice training in the course of years – regarding the demographic factors (aging workforce), technological changes (balancing between manual work and robotics) and educational changes (developing vocational pathways to higher qualifications). In between we had glimpses to the actual contexts of working and learning on site – provided by videos that were prepared by apprentices and students in so-called dual studies (that are based on a combination of apprentice training and higher education).

An interesting part of the presentation of Havekost was the example of a particular workplace learning arrangement at an early phase of apprentice training. Instead of explaining the task and launching the group work with the task that trainer took considerable time for a ‘teaming up’ phase. At this phase all apprentices were invited to discuss their views on their occupation, their understanding on their tasks and on the requirements. These views were shared in the group and contrastive views were discussed to the point that mutual understanding was reached. In the beginning some of the participants were annoyed by such delay instead of going straight to the task. Yet, it appeared that the group had developed a culture of collaboration and it finished the tasks in shorter time and with better quality than earlier groups. Also, teachers of vocational schools and representatives of production units noticed the change in the performance.

Another interesting aspect alongside the above-mentioned cultural change was the career development of trainers. For Havekost it was important that the in-company trainers are experienced in the production and keep up to date. Therefore, the trainers should be trainers only a certain number of years and not for too long time. This kind of rotation has been successfully implemented and those trainers who went back to other business in the company entered real interesting and adequate jobs (e.g. production, quality, manufacturing engineering).

In the light of the above we had a rich and lively discussion that gave food for thought for different sessions in the VETNET program. Also, we had some discussion on the training culture on other Airbus sites and on the role of VET systems in the respective countries. These issues were also taken up later.

I guess this is enough of the VETNET Opening session. In the following posts I will first report on the sessions that were closely related to my ongoing project, then cover some other themes and finally get back to developments in the VETNET network. 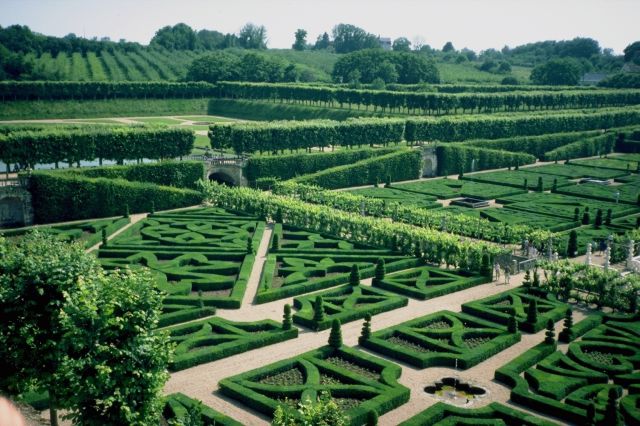