I started a series of blog posts by mentioning that we celebrated the Europe-Day on Thursday, the 9th of May, here in Bremen. Then, In my first post I explained the background of the Europe-Day and then reflected on two periods of my career as a European researcher in vocational education and training (VET). In my second post I reflected on my encounters with expatriate communities and/or European initiatives in Thessaloniki (1995-2002) and Bremen (from 2005 on). Now it is time to get back to the celebration of the Europe-Day. Below I have selected some photos of the Europa-Fete at the central sqare (Marktplaz) of Bremen, surrounded by the old City Hall (Rathaus), the new City hall (Bürgerschaft), the churches and old buildungs. 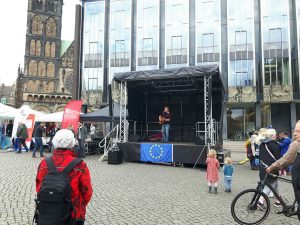 Here the stage for performers (in front of the new City hall, to the left the St. Pete's Cathedral) 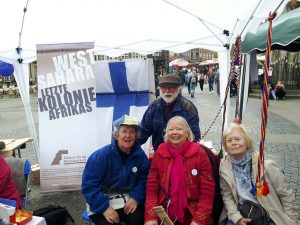 Here cheerful and active expatriate Finns and Finland-friends with a Finnish flag ... 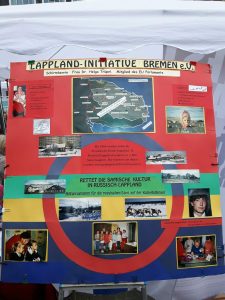 ... but representing the Bremen Lapland-initiative that focuses mainly on the Sami people on Russian territory. 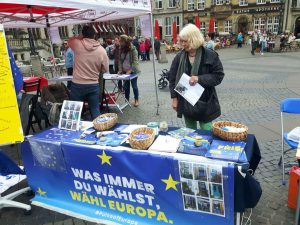 And last but not least: The stand of the "Pulse of Europe" movement that has been active during the last few years. It has kept our European spirits up whatever has happened in the European politics.

I guess this is enough of this reporting. The next Pulse of Europe event will start in two hours. I need to get there in good time. But I will keep the European themes up while working and learning for Europe.