Yesterday, on Monday 19.01.2021 our American friends celebrated  Martin Luther King Day as a national holiday. This reminded me of a blog that I wrote four years ago on the important travels of Martin Luther King Sr and Jr (father and son) to Germany. Both visits had consequences and it is worthwhile revisiting the memories of these trips - once again.

Four years ago I happened to listen to the German radio program "Am Sonntag morgen" (on Sunday morning) - provided by the German Lutheran church. And came to follow a special program about the travels of Marin Luther King Sr and Jr in Germany. Inspired by the program I wrote a blog entry in which I wanted translate the content of  that program into English. So, the following section of this blog article is a compressed English version of the text provided by the German priest Andrea Schneider for Deutschlandfunk. The original text is available here:

Let us start with the father - Martin Luther King Sr. He was originally called Michael - and so was his son. But in the year 1935 he and some other baptist preachers attended an international baptist conference in Berlin. The Nazis were already in power and tried to make an image as tolerant rulers allowing such events to happen. But this was not the point of this story. King Sr (still called Michael) took the opportunity to visit the home places of the reformer Martin Luther (Wittenberg and Eisenach). There he got very much impressed of the spirit of Martin Luther - civil courage and self-determination - and he wanted to convey this spirit to the American civil rights movement where he was already involved. So, after returning home he renamed himself and his son as Martin Luther King - Senior and Junior.

The son - Martin Luther King Jr - follows in the footsteps of the father and continues his work as a preacher, intellectual and activist in the civil rights movement. By the year 1963 he had become world famous as the leader of the non-violent civil rights movement of black Americans - the man who gave the speech "I have a dream ..." in the largest demonstration for civil rights. One year after - in 1964 (nearly 30 years after his father) he travels to Europe to participate in the international conference of baptists (this time in Amsterdam). And just like his father, he has his own extension program to explore Germany - but his target is the divided Berlin.

Little is known of this part of the travel of Martin Luther King - and mostly we thank for our knowledge a Berlin school pupils' documentation project "King Code". What this project has found out by interviewing witnesses and tracing documents makes us clear, why the details of this visit were kept secret.

On 13.09.1964 a well-known person from the German Democratic Republic (DDR) tries to escape to West-Berlin and is shot at just before he reaches the other side. An American sergeant risks a lot by dragging the wounded person to the Western side and takes him to the hospital. Martin Luther King gets to know of the incident, visits the place of shooting and visits the victim at the hospital. In his famous speech at the Waldbühne he predicts that the wall - the symbol of inhumanity for him - will fall down. But he wants to do more - he insists to visit East Berlin as well. The American authorities wanted to prevent this and confiscate his passport but he managed to get through the border control with his credit card as a travel document.

Thanks to the above mentioned school project we can listen to witnesses and an audio recording of the speech of Martin Luther King in the crowded Marienkirche (and memories of another speech in the nearby Sophienkirche). King presents his audience greetings from America and from all over the world. He then emphasises that people on both sides of the Berlin Wall ar e children of God and thus alike as human beings - and therefore, no regime can take that quality away from them. He speaks of justice, equality and civil rights - determined that that the path leads to freedom. Three months later he receives the Nobel Price for Peace and continues his work in the civil right movement.  Sadly, King was murdered some years later but his life work became know everywhere. And so, for the civil rights movement in DDR his message was present when they demonstrated for freedom and justice with the message for non-violence: "Keine Gewalt!" And in November 1989 the Berlin Wall and the borders of DDR were opened - another dream to come true.

In 2013 the activists of the school project "King Code" had the pleasure to witness the visit of the first black president of the USA to Berlin and to listen to his speech. Barack Obama spoke for open-mindedness between different religions as well as between residents and migrants. And in the spirit of Martin Luther King he emphasised that injustice at one place on earth is a threat to other places as well. In this respect he passed the message further to the young generation.

So, this was in a nutshell the message of the radio program that I listened to four years ago. I think it is really worthwhile to revisit the legacy of Martin Luther King in general and to consider the impact that his example had on the peaceful revolution in East Germany (DDR) in the year 1989. And now, thinking of what all is going on in our world, it is worthwhile to pay attention to the message that was promoted by the Ameican civil rights movement of the 1960s, here presented by Joan Baez:

I guess that this is enough of this theme. I am looking forward to seeing that this 'some day' is getting nearer. 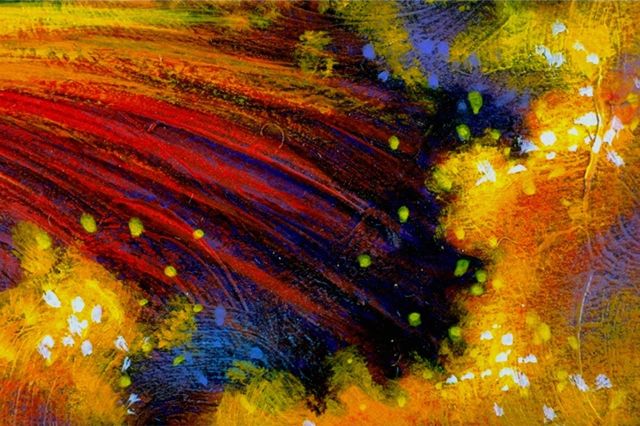