Home›Community›Reflections on #ECER2018 – Part Five: Developments in the VETNET network

Reflections on #ECER2018 – Part Five: Developments in the VETNET network

With my four previous posts I have shaped a series of blogs on the European Conference of Educational Research (ECER 2018) that took place last week in Bolzano/Bozen. In the first post I reported on the pilot with  ePosters powered by the digital toolset Learning Toolbox (LTB). In the second post I gave an overview on my own contributions - on the research background of the LTB and on 'transfer of innovation' issues in recent and earlier innovation projects. In the third post I reported on the Opening Session of our VETNET network (European Vocational Education and Training Research Network) and on some contributions of our Italian colleagues. In the  fourth post I give insights into some of the VETNET sessions that I had attended as a participant.With this fifth - and concluding - post I will focus on the VETNET network and its general assembly.

The convenors of the VETNET network - Christof Nägele and Barbara Stalder - had a pleasant duty to report on the preparation of the VETNET program and how it was put into practice. Once again we had clearly over 100 proposals and despite some withdrawals we remained among the biggest EERA networks. For the convenors the high number provided a challenge - not to end up with four parallel sessions in the same time slot. They managed it - although packing sometimes four presentations into one session. But this seemed to work fine. Also, when distributing the session chair duties, they took a new approach - in each session the last presenter was appointed as the chair. In this way the chairing duties were distributed more widely - not only to the board members. And in this way also the last presenters got their fair share of the time. Finally, the organisation of the VETNET dinner - with a record participation - was praised widely.

One of the remarkable achievements of the convenors was that they managed to produce proper proceedings - as an online version and as a book that is printed on demand:

The VETNET pilot with ePosters

This year VETNET had a specific pilot activity with ePosters powered by the Learning Toolbox (LTB). Together with Christof Nägele I initiated firstly an EERA event for presenting this approach and then an EERA-funded Network project that enabled us to organise an interactive poster session with six authors who had prepared their ePosters (see my first post of this series). In the VETNET assembly I was pleased to report that this pilot activity had been a successful one. The sessions had good numbers of participants, the technology worked well and the mini-poster wall enabled further discussions after the sessions. And the EERA showcase and the instruction page are available for further use.

IJRVET - our journal is getting stronger

Michael Gessler, the editor-in-chief of the IJRVET (International Journal for Research in Vocational Education and Training) reported on the development of journal, Now that the IJRVET  has already reached its fifth volume, we can be happy that it has taken its place as a major journal in our field. during the last year we were happy that Cinterfor - the ILO unit for promoting training in Central and South America - started supporting the IJRVET.  Also, we were pleased to have the journal articles as the IJRVET Yearbook - printed on demand.

Crossing Boundaries in VET - the Spring 2019 Conference in Valencia

Last year we reached an agreement on scheduling two other conferences so that they are not clashing with each other or with the ECER. According to this agreement the "Crossing Boundaries ..." conference and the Stockholm International VET Conference will be organised every two years. Thus, the next "Crossing Boundaries ..." conference will be organised in May 2019 in Valencia (and the next Stockholm conference in May 2020). The call for papers for the Valencia conference was closed already at the end of May this year. On behalf of the organisers Fernando Marhuenda gave an interim report on the preparation. They were happy about the good number of proposals. Yet, as a consequence, the selection process had taken more time. However, the results will be communicated by the end of September. Here also the organisers are preparing the proceedings to be distributed before/at the event.

From the year 2016 on the VETNET network has been supporting the European Commission in organising research-related events in the context of the European Skills Week. In addition to a research work there has been a competition to award distinguished European researchers and successful European projects. This tradition will be continued and the information on the forthcoming event in Vienna will be published soon.

Last year the VETNET general assembly had nominated Johanna Lasonen for VETNET Honorary Membership. In April this year the EERA Council confirmed her status and published this on the EERA website. Now the VETNET network was in the position to celebrate her. In his laudatio speech Michael Gessler paid attention to the long career of Johanna as an active member - starting from the founding process and including over 20 years service as a reviewer. Moreover, Michael listed all the new things that Johanna brought into the conference culture of VETNET when she was the first 'local' program chair in 1999 - the VETNET opening session with keynote speakers, the VETNET proceedings (published by the conference), the VETNET dinner (sponsored by Lahti Polytechnic) and the VETNET study visits to vocational schools and enterprises. Also, Michael referred to Johanna's role in supporting the IJRVET in many ways. And finally, Michael gave insights into Johanna's long career in the International Vocational Education and Training Association (IVETA) as the European Vice-President, as the President Elect, as the President and as the Immediate Past President. These duties required sometimes bold actions and firm leadership, as the examples tha Michael mentioned made us aware. 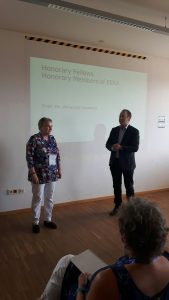 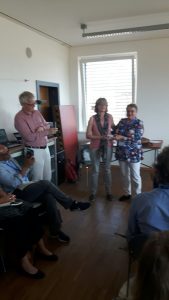 Johanna thanked the network and the EERA Council for the honour and paid tribute to other team players as board members and convenors with whom she had worked. With this celebration we were happy to take the course to the next ECER 2019 that will be hosted by Hamburg.

I think this is enough of the VETNET meeting and of the reporting on ECER 2018 altogether. This major conference was a good experience and now it is time to continue with the daily work. 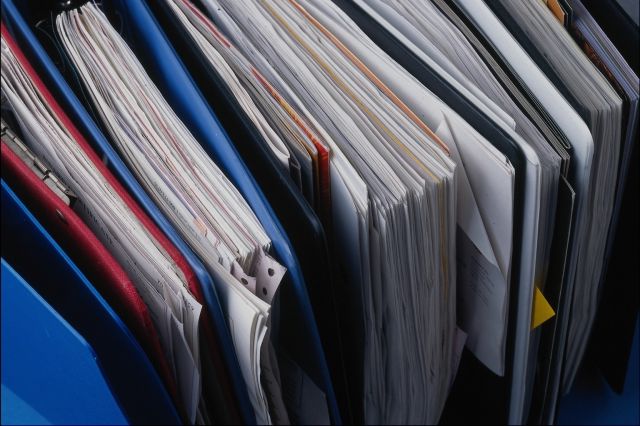