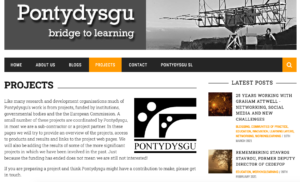 Around four or so years ago I sat down with my colleague Dirk Stieglitz to talk about the redesign of the Pontydysgu web site. Our original site on the pontydysgu.org domain dated back to 2006. At that time WordPress was predominantly seen as a blogging application although there were some discussions about its potential a a Content Management System. And themes were most definitely limited both in availability and what they could do. So Dirk basically built the site himself, stringing together parts to match the design we  had decided on. But it worked. And from time to time we added enhancements, for instance developing podcast functionality and incorporating social media.

But by four years ago it was creaking. It was increasingly difficult to update WordPress because of fears of breaking things. Quite a few of our plug ins has ceased to exist. The content was sprawling and the appearance of the site which looked oh so modern back at the beginning new seemed like the dusty corner of a 1930's library.

So we agreed to develop a new Pontydysgu site. We looked at a lot of themes before deciding on this one. And the building of the new site drifted back to span four years. One of the problems was that there was always some project more urgent. Another was the sheer scale of moving content from the old site to the new and making sure everything still worked. Yest another was our new theme and design requires a picture and few pictures were ever included in our older posts. Dirk has ingeniously over come that by using a collection of attractive but neutral pictures which are added at random if a post does not have a featured image.

Anyway we have finally gone live with the new Pontydysgu site. There are a couple of new things. First we have changed our domain name to Pontydysgu.eu. Because even if the UK has left the European Union, Pontydysgu sees itself as an organization with an international focus, and we want to keep working with our many friends and partners in Europe. And secondly and linked to this, we have launched the Pontydysgu Spanish language website, reporting on the work of our new sister organisation, Pontydysgu SL based in Valencia in Spain.

We welcome any feedback - what do you like and what do you think we could do better. And if you would like to contribute to the site, just get in touch. 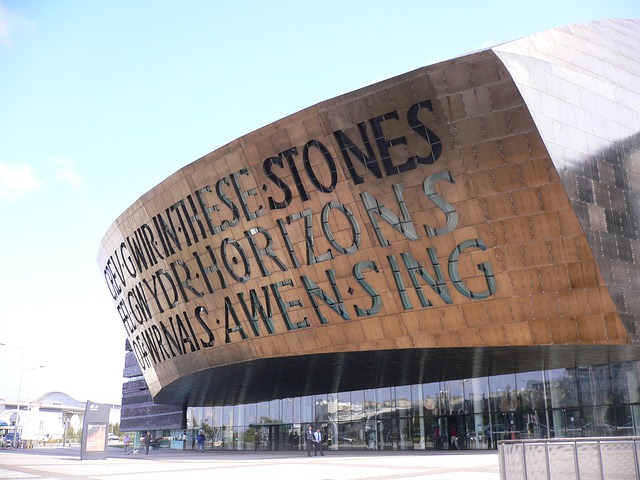